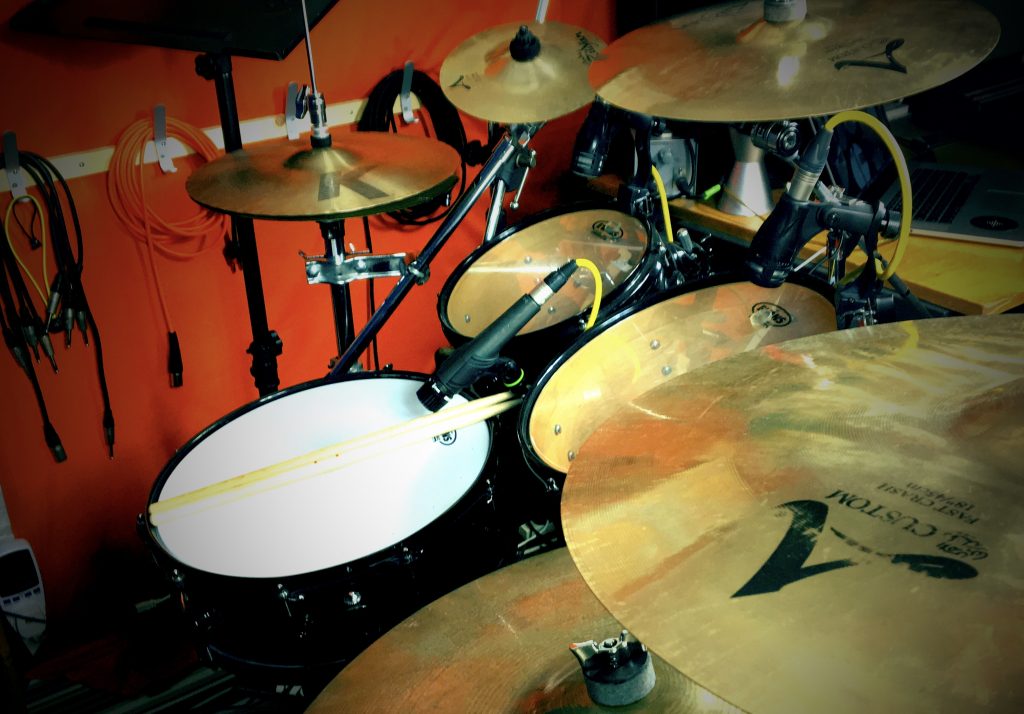 We recorded a Bernard Purdie shuffle groove for Free Beat Friday this month, with a Jeff Porcaro style phrasing on the kick drum.

The Purdie shuffle groove is a 12/8 half-time shuffle conceived by the great Bernard Purdie.

The key elements that makes this beat groove so well are the combination of the shuffling hat pattern, and the ghost notes on the snare. This is what makes the Purdie shuffle groove what it is!

Purdie played his legendary shuffle on many different recordings with different artists. But consummately (we think!) on Steely Dan’s “Home At Last” and “Babylon Sisters“.

Many drummers have taken the Purdie shuffle groove, used it, modified it and made it their own on countless recordings over the years.

John Bonham played his own version of the groove on Led Zeppelin’s “Fool In The Rain“. Jeff Porcaro took both the original Purdie shuffle and the Bonham groove. But also added a Bo Diddly kick drum groove to it on Toto’s Rosanna.

With the FULL 16-channel setup, tom mics top and bottom, 3 room mics, there are plenty of production options here if you delve into the stems. It is played on our beloved DW Collectors series kit. And recorded, as always, in accordance with our Recording Ethos.

The groove itself has the DNA of the original 12/8 feel, but with a kick drum pattern inspired by Jeff Porcaro.

Take 149 Purdie shuffle loops played at 4 tempos and articulated (mostly) on hats, hats with crash, ride, then ride with crash…

… was a great success. Many thanks to all of you who wrote kind comments and got in touch to tell us what you were doing with your Beats!

Norwegian rapper/producer “Jester” (of Gatas Parliament) got in touch to send us this little beauty he built around the Free Beat Friday we sent out last month. Cheers!

Each month, we send our subscribers free drum loops – the mixes and stems for an amazing new beat for free.

About a week before Free Beat Friday, we record a video of some free drum loops and publish it so you can see what’s coming.

Then, on the first Friday of the month, everyone who subscribes gets an email with links to the free drum loops. 16BIT Mix and 24BIT Stems – and they are free for you to use and enjoy!