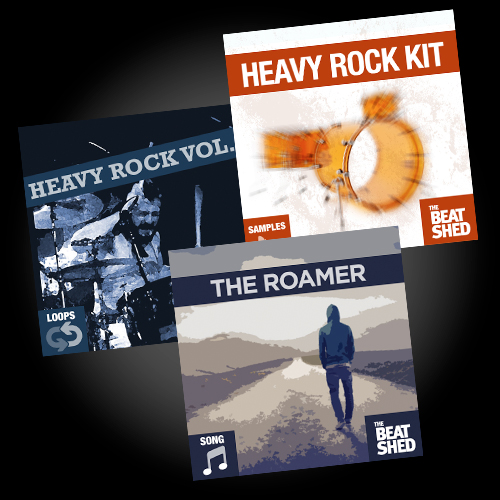 A few weeks ago we turned our attention to recording a new trilogy of Beat Shed packages of heavy rock drums.

We wanted to go for a classic 70’s vintage heavy rock drum sound. So where best to start looking for an influence? And audio references for a drum setup?

A quite well-known band with a fairly well-known drummer named John Henry Bonham seemed like a good starting point. However, it all turned into a bit of an adventure…

This music, and Bonham’s drumming, is hallowed ground – not to be trespassed upon lightly. So we continued as he always did, and treaded HEAVILY.

As John Natelli from DRUM! magazine puts it:

“The first 0:26 of “Good Times Bad Times” was enough of a break from the past to have changed the course of drumming forever, but what followed was ten years of absolute innovation and musical authenticity of the highest degree, from a man who was so deeply in love with his instrument that the very thought of him often inspires us to drop whatever we’re doing and go play drums.”

In trying to get somewhere even CLOSE to that sound (yes, THAT sound!) it revived our appreciation of some of the groundbreaking recording methods used. But once the mics were up, positions played with, drums swapped around, tuned and fettled, and once the test recordings delivered their best results, it was time to actually sit behind a drum kit and play.

It’s at that moment that we renewed our respect and appreciation for Bonzo – and JUST what an extraordinary player he was.

To play with such exquisite feel, groove and dexterity whilst thrashing the drums is not easy. In terms of technique it works against you – tensing and flexing muscles to hit really hard can knock your timing off.

To look at it another way, your technique has to be pretty good to hit like this. With bad technique (similar to martial arts) you can hurt yourself very quickly. Before you’ve even finished the first take…

How heavy? And just HOW hard?

Bonham hitting as hard as he did is so much of his sound. Drums hit so hard that they choke create their own built-in compression. We tried a couple of takes playing softly, and then at a “normal” level. But the kit and the room just didn’t sound right.

The drums on the original classic (Zep) records are not primarily the sound of drums recorded “hot on the way in”, sitting “forwards” in a mix, or made large with compression of effects (although there was a bit of this naturally). No, the centre of this vintage heavy rock drum sound is a large man, with large sticks, pounding the sacred arseholes out of a large drum set.

He also played “out of” the bass drum to maximise resonance, as the legendary Dave Matticks explains here.

That’s not to overlook his commitment to the careful study of his instrument, its setup, collation and tuning. He was as much a master of selecting and developing the palette of sounds within his kit as he was kicking the mustard out of it.

Bonzo understood the art of tuning. Hitting hard also allows strange tuning options to create incredible sounding drums. The snare heads cranked high underneath, much lower on top, sounds like dog pooh if the drum is struck lightly. But it sounds (a bit) like a Zep record if you smash the rims off it.

“One of the marvellous things about John Bonham which made things very easy [for a producer] was the fact that he really knew how to tune his drums, and I tell you what, that was pretty rare in drummers in those days. He really knew how to make the instrument sing, and because of that, he could just get so much volume out of it by just playing with his wrists. It was just an astonishing technique that was sort of pretty holistic if you know what I mean.”

We could dedicate an entire blog post to our adventures with the snare on this recording… so many results sounded great, but we plumbed for the one we got here. A free-floating brass shell 14″ snare drum (tuned as explained above) with the snares pretty slack.

This is a great example of how a snare drum can change the sound of an entire kit. The snares light up on any hit around the kit – just have a listen to the tom samples in the Heavy Rock Kit previews below.

We also used the same “ribbon-mic-in-the-hallway” technique we’ve used on previous recordings to give the option of having a natural room/reverb sound. Using this channel with some fairly bold compression strapped on it can deliver some MASSIVE results.

So, onto the products… 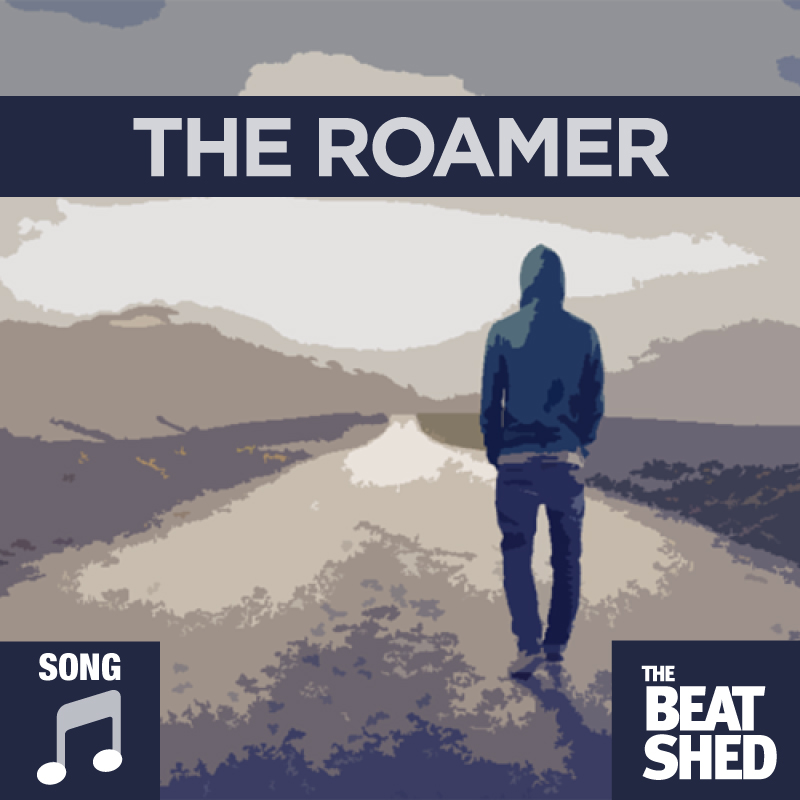 The Roamer consists of 11 arrangement sections running to 4 minutes, 56 seconds in total audio time. It is played at 100bpm and is recorded on 13 channels (plus extra percussion tracks).

Based on a song from the band’s 6th album, the structure is slightly unusual with longer bridge sections. But otherwise very much a classic rock song.

The general feel of the drum performance is straight with pushes. This could be used with instruments pushing WITH the drums, or just allowing the drums to push on their own to give an urgent feel to a song. The verses/choruses get more wild, with tambo and cowbells featuring on the final set.

We had a lot of fun with the middle section – more of a dream section if you like! It’s a little reminiscent of a certain track from their 2nd album. Lots of percussion and trippy timing going on…

Go to The Roamer product page 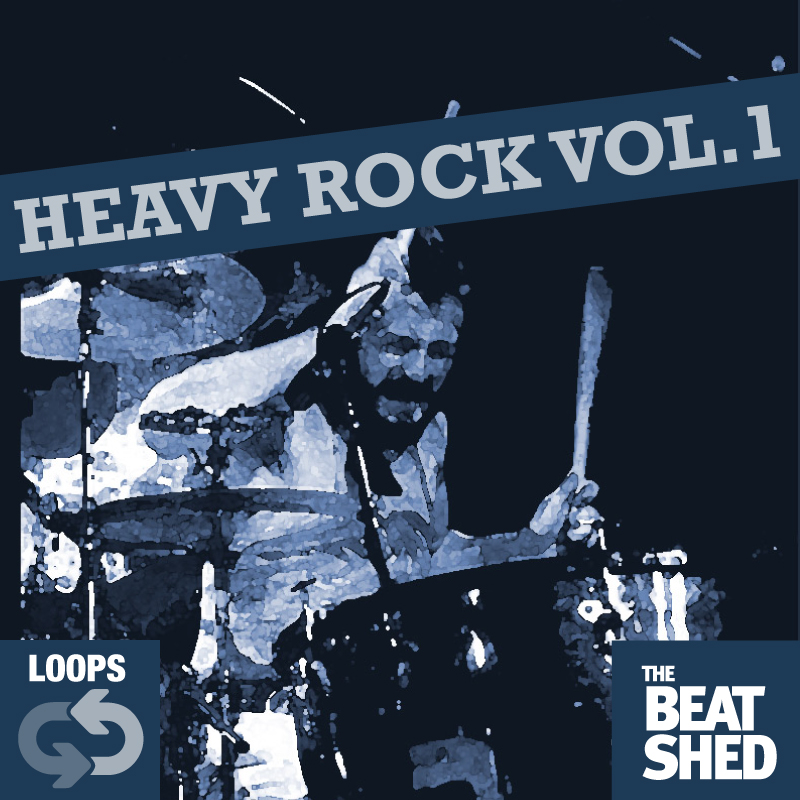 There’s a variety of different grooves and feels here. Some very straight and simple, others with open hi hat grooves. All are technically “straight” but some have a little swagger and character to them.

The loops themselves come as 20 different grooves. As with other Beat Shed Loop packs, each groove is played 4 times – with hi-hat, hi-hat & crash, then ride and finally ride with crash. So there is always options once the right groove has been settled on.

The grooves are played across 2 tempos – 100 and 110bpm. This covers a lot of ground in this genre and gives enough space for those large deep open drum tones.

There’s also LOTS of fills – 43 to be exact! Again at 100/110 BPM, there’s something here for most Heavy Rock applications. 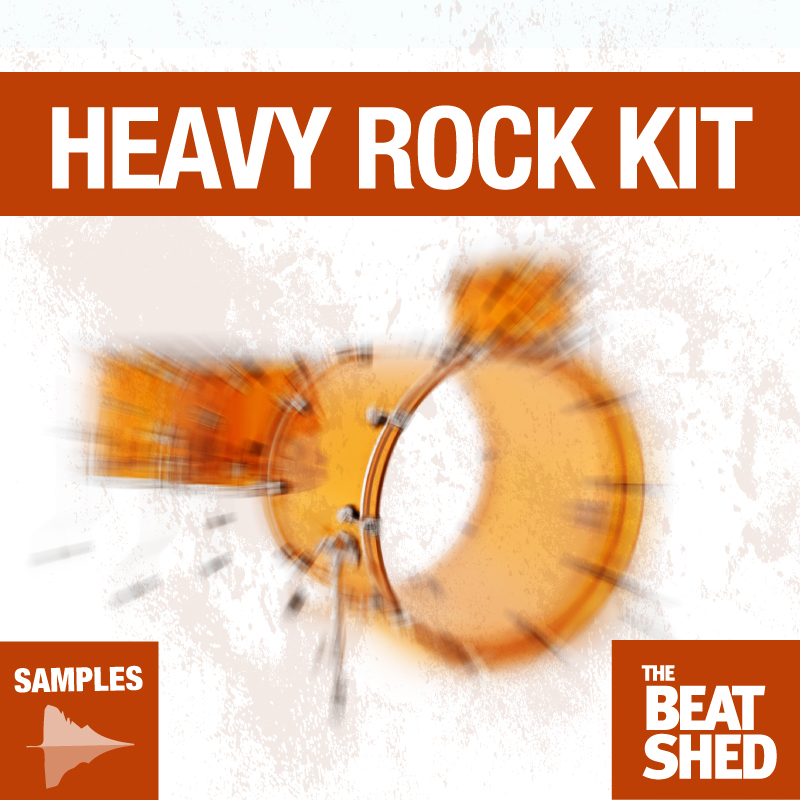 Here’s the meat and potatoes of the Heavy Rock Drums trilogy!

We spend a lot of time on this particular drum sound, so we hope you find it as useful and inspiring to work with as we did creating it!